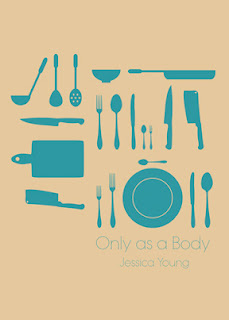 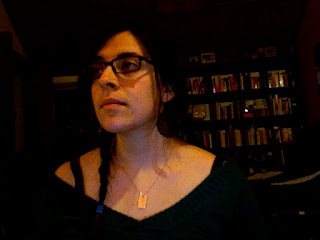 Jessica Young’s poetry has more math and science it in than most contemporary American poetry. Her new book, “Only as a Body,” not only has an “X,” but also a narrative arc. This is a collection to read not only as individual poems, but as a complete book.
I am very happy to have met Jessica Young at the Key West Literary Seminar in our workshop with Jane Hirshfield. Young kindly agreed to answer some questions about her poetry and her writing process. I think you’ll be particularly interested in the influence that math and science has had on her art and her decision to include truths and facts in her writing.
***

I loved Jessica's chapbook, so it was cool to hear about the process of writing it, especially all the "tricks" and numbers. Some of those I picked up on--like the one poem flowing into another and the 7-piece longform poem-- but I wondered about the number 21. Going to go reread it now and see what other patterns I missed.

I also like her comment about how at the time (of writing the chapbook) she "felt like another person" and "that version of me wrote this book." Good point. Not only are we not the same people from day to day, but even if something was "true" for us once, we may be completely different people today--changed by both the experience AND the act of writing about it.

Thanks so much for reading and sharing your thoughts, Angie! Such insightful answers Jessica shared with us...

Check out Cate Marvi's essay "Tell All the Truth but tell it slant: First-Person Usage in Poetry": http://www.poets.org/viewmedia.php/prmMID/5888

Angie... how perfect an example. I read your words, "we may be completely different people today--changed by both the experience AND the act of writing about it" ... and feel that connection across a screen. To feel understood--incredible!